Within the framework of this Congress Solvera , continuing with its environmental activity, it sponsored and organized the aforementioned workshop with the aim of raising awareness about the real possibilities of sustainable hotel operations (With Class One as an application example) and to promote the system among the hoteliers present.

The particular dissertation was focused on the great importance of small and permanent beneficial attitudes for the environment in daily activity such as efficient processes managed by state-of-the-art computer systems such as Class One .

We received praiseworthy comments on the ingenuity of the proposal and on the logic around the symmetry between the causes of the environmental problem and its proposal to contribute to the solution from operational, logistical and information efficiency. Among those who praised the proposal was Carlos Romero , an authority of the UNWTO .

The congress had 240 participants from all over Latin America, a large majority of whom chose this workshop from among 4 offered. The environmental issue is a concern today and that generated the success of the call as well as the topics covered and the practical examples provided.

Among the audience we find hoteliers, media, UNWTO officials, local officials, officials of the Spanish Chambers of Commerce, officials of the Tourism Commission of the Chamber of Commerce of Cuenca (Spain) , members of the National Administration of National Parks and many other people of great commercial, political and academic importance. We also have the visit, during the workshop, of the Minister of Finance of Argentina, of the Secretary of Tourism of Argentina and the President of the Association of Hotels of Argentina . The audience actively participated in the workshop with the pleasant consequence of having extended 50 minutes more than the period stipulated by the organizers due to the rich subsequent debate generated.

The congress was presented in the attached academic program and the sponsors were promoted, not only through the dissertation itself, but through attached press actions and banners inside and outside the event, which are also attached. Unfortunately for the journalist who covered the event, the informatics proposal exceeded the space and was not published.

At Solvera we understand that the contributions in environmental terms that a company makes can and should be promoted, generators of branding, positive image and creators of clients loyal to the brand. The AHT provided a list of congress attendees and their partners, which will be the basis for the promotion of the product Class One . The next activities of this type planned will be in Mar del Plata at the end of October 2007 and in Cuenca (Spain) at the end of January 2008 within the framework of FITUR. Other planned places are: Panama, Costa Rica, Córdoba and Uruguay. 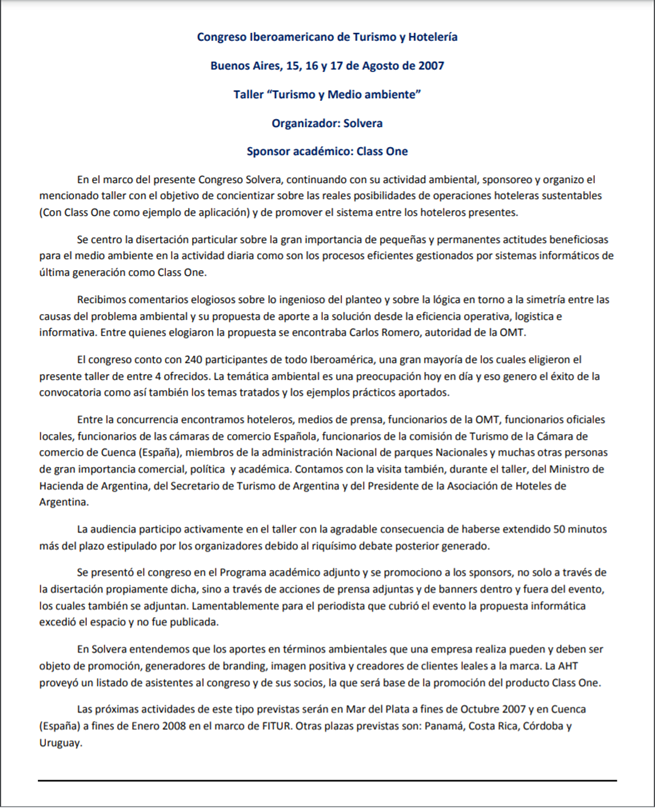 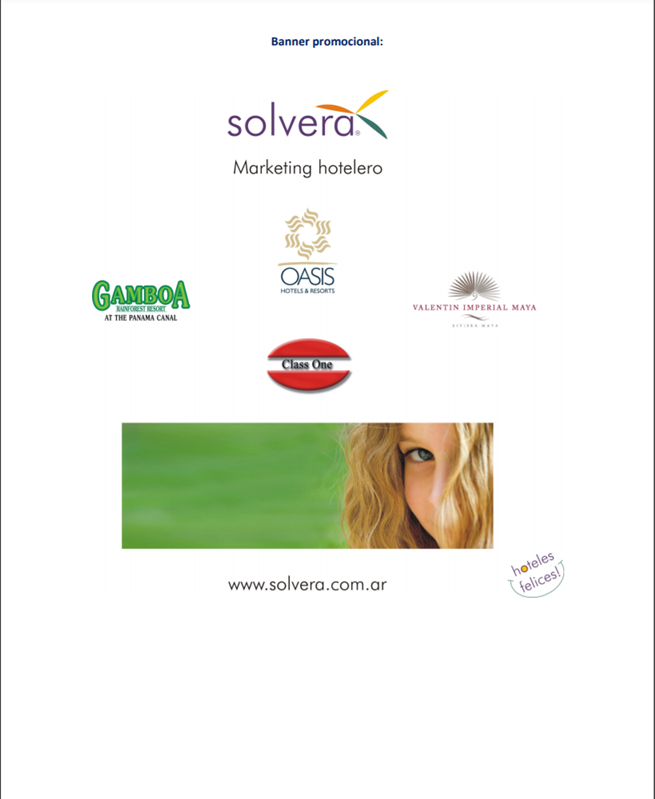 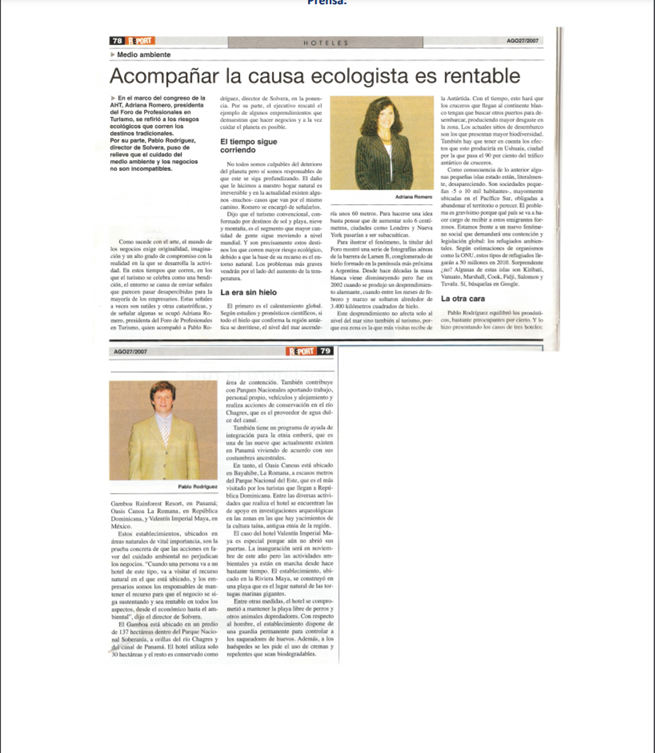